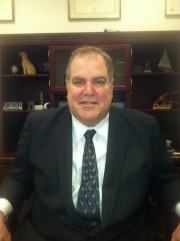 We stand for expertise and years of experience in a wide variety of legal disciplines.

When it comes to hiring an attorney who can represent you and your claims in court, you want to have the best, most experienced lawyer in Philadelphia, who has a proven track record. This is exactly what you are going to get when you choose Douglas P. Earl to represent you, and take on your case.

From walking you through the court and mediation proceedings, to informing you what the judge will ask, what the opposing party will try to do, and helping you prepare for your day in court, clients feel comfortable with him by their side.

Douglas P. Earl, Esquire brings 30 years of experience to every family and criminal law case. Douglas P. Earl, Esquire has represented many people in Federal Court. As a highly respected attorney, he has been in many courtrooms throughout the years. Not only has been has he been to Bucks, Chester, Delaware, and Montgomery Counties, and also the Philadelphia area, he has been all throughout Pennsylvania.  He has even been in Erie, Lock Haven, Clearfield County, Harrisburg, Scranton, and Wilkes Barre. He has even been to Federal court in Norfolk, Virginia.

Experience means that he has the knowledge to protect your interests in all types of family and criminal law proceedings.  He is committed to providing you with top notch legal support.  He approaches every client with a focus on integrity, advocacy, and understanding. He fights for you! You can be confident that you have made the right choice by choosing him as your attorney to represent you, when you need a positive outcome.

Mr. Earl is a 1982 graduate of Villanova University.  Upon graduation from Villanova University, he worked as a tax auditor from 1983-1987 for the Multi-State Unit of the Massachusetts Department of Revenue where he audited Corporations in the New York area.  This has given him invaluable experience in looking for records, and knowing what it’s like to protect you against the government when it decides to investigate you.

Mr. Earl is also a 1988 graduate of New York Law School.  While attending law school, he continued working for the Massachusetts Department of Revenue until 1987.  He then was an intern with the Kings (Brooklyn) County, New York District Attorney’s Office until his graduation from law school in 1988.

Attorney Douglas P. Earl knows investigations.  He has met with several Federal agents and Detectives in his years of practice.  He has reviewed forensic interviews in fine detail.  Mr. Earl represents people in family and criminal matters, as well as a variety of other matters.  You may contact him during any stage of your case.

Douglas P. Earl, Esquire defends a father on January 22, 2018 who is accused by his ex-wife of abusing their 15 year old daughter. Mr. Earl prepares the father and his girlfriend for the abuse hearing. He prepares the cross-examination questions of the 15 year old daughter. Father was trying to discipline his daughter over graphic posts on social media and sexting. Case against Father was dismissed after a full hearing.

Attorney Douglas P. Earl has obtained substantial settlements for families who have had children abused.

Mr. Earl has been defense counsel in Federal Courts in jury trial where not guilty verdict was returned in a case where the person he was defending was facing a potential life sentence if convicted.

New Criminal Record Sealing Law.  There is hope even if you have a conviction for a 2nd or 3rd degree misdemeanor.  Act 5 of 2016 is now in effect which expands criminal record sealing for many low-level misdemeanors. Pennsylvanians may be eligible if all the following apply to them:

Convicted of a misdemeanor of the 2nd or 3rd degree;
Free of arrest and conviction for a period of 10 years;
Never convicted of certain crimes (felonies, 1st degree misdemeanors or 2nd degree simple assault);
Have fewer than four misdemeanor convictions; and
All fine and costs associated with the case have been paid.

A criminal record often carries a lifetime of consequences, and even a minor criminal record can be a serious interfere with employment, housing, education and training, financial empowerment, and more.

Douglas P. Earl, Esquire knows asset and drug forfeiture laws. Ask the woman who had $30,000 seized by the Pennsylvania State Police near Penn State. Mr. Earl went to Centre County in Bellefonte, Pennsylvania. He fought in court and after a difficult fight the money was ordered to be returned to her. It was not easy. First the Commonwealth of Pennsylvania claimed the seized money by invoking the drug forfeiture laws. Then the state of Pennsylvania claimed that it was justified in seizing and keeping the money based upon the Common Law forfeiture laws. Mr. Earl will go anywhere, Federal Court, Delaware, Montgomery, Philadelphia, Counties. Anywhere to fight for the return of your property that the police, state troopers, or other law enforcement agencies have seized.

Mr. Earl has defended school police officer, a teacher, and many people charged with rape and sexual offense cases. He has saved careers of police officers, teachers, and people from all walks of life.

He has successfully fought for mothers and fathers in custody cases for over twenty five years.  He values his clients and works hard to obtain every bit of information to help him fight for his clients.  You want an attorney who has handled over 1,000 custody cases.

Attorney Douglas P. Earl has fought to protect the assets of spouses and their rights in Divorce cases for over twenty five years.  When the topic of divorce comes up, one of the first considerations is the division of property. However, before you can “divide” anything, you need to identify, characterize, and value the assets that make up the marital estate.

Generally speaking, “marital property” in Pennsylvania includes all assets acquired by either spouse during the marriage (anytime between the date of the marriage and the date of separation).

“Non-marital” assets (also referred to as “separate property”) include the following:

If you are looking for advice, need an attorney to go to court with you, or simply want to find out whether or not you have a viable case, call (215) 627-5970 today for a free consultation. He will discuss your options and give you an honest evaluation of your case.

Contact Us Today For An Honest Evaluation Of Your Case.
Law Office of Douglas Earl, LLC
1015 Chestnut St #902
Philadelphia, PA 19107